Then I told myself that I was lucky – lucky to be alive, lucky to have food and tools, lucky to be young and strong. But I knew that my island was somewhere off  the coast of South America. Ships did not often come down this coast, and I said to myself, ‘I’m going to be on this island for a long time.’ So, on a long piece of wood, I cut these words:

After that, I decided to make a cut for each day. 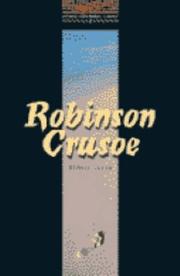 The main character, Robinson Crusoe, was a young English man. He was bored with his quiet life in Englan and he decided to go journey to the sea. When his second sail, he was took by a Turkish pirate. After two years, he successed to escape from his Turkish master and he went Brazil. In Brazil, he had a comfortable life but when his friend asked him to join the journey to Africa, he agreed it. However this journey turned out a terrible one. The big stome attacked the ship and no one except Robinson could survive. He reached the shore but that was an inhabited island. This was a start of his 27 years life on an island alone.